As the aviation industry navigates a period of intense disruption, it is more important than ever that we maintain our focus on the efficiency and effectiveness of our operations. We are accelerating our automation and digitisation to optimise safety, service delivery and cost efficiency for our customers now and into the future.

Our cost per instrument flight rules (IFR) flight hour is unfavourable to target, driven by the significant reduction in air traffic from March 2020 due to the COVID-19 pandemic. The cost reductions in the last quarter of $30m (3 per cent) could not match the steep reduction in IFR flight hours of 0.4m hours (17 per cent).

Our performance prior to March 2020 was favourable to target, with an average cost of $339 per IFR hour.

Our performance against this indicator demonstrates we continue to strive to be valued and accountable, and efficient and commercial. 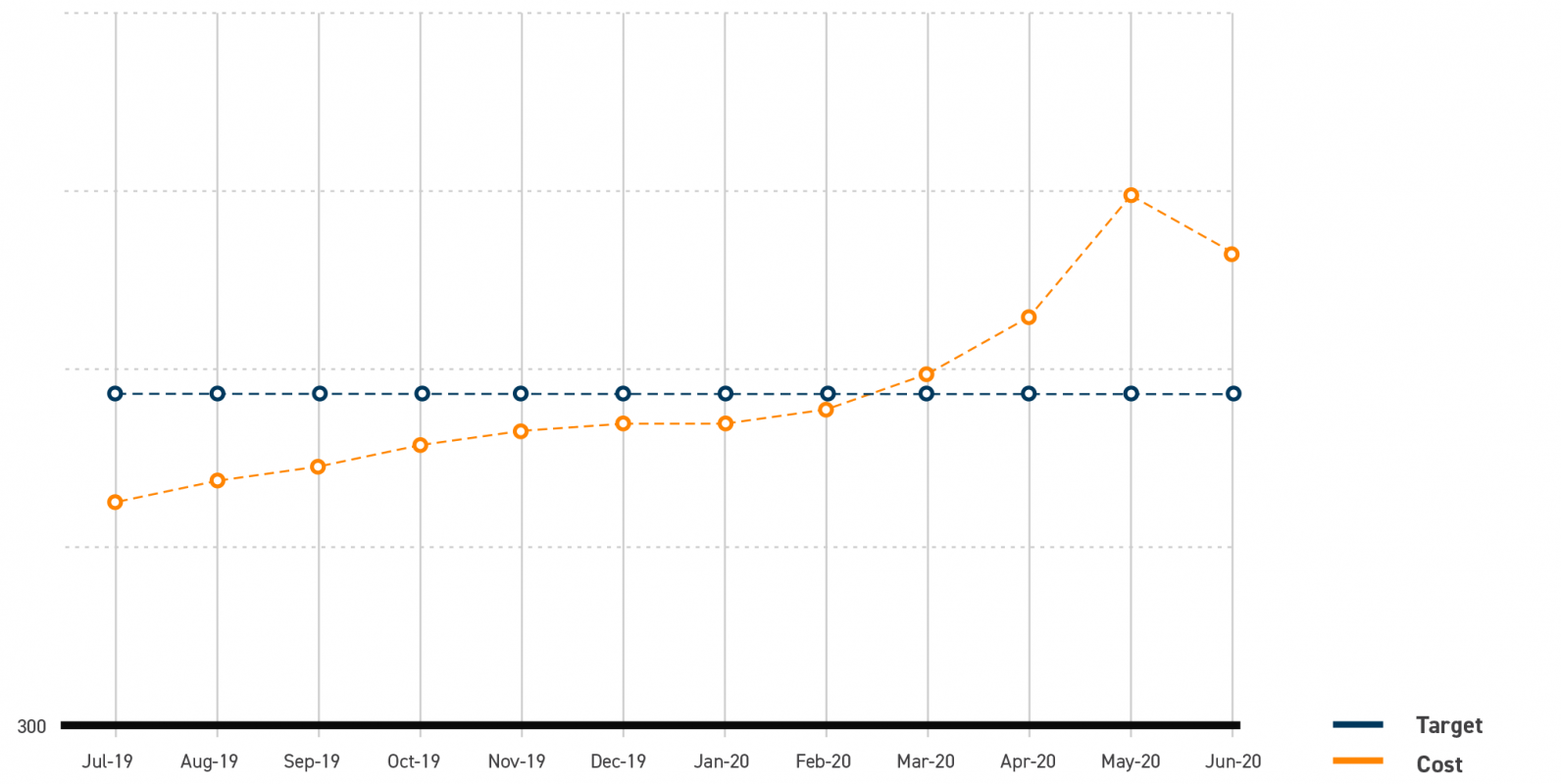 Despite the disruption of 2019-20, work on the OneSKY Program continued at pace-bringing Australia closer to its air traffic management system of the future.

CMATS successfully passed the Preliminary Design Review in December 2019, clearing the way for an early release at four military sites and a new Joint Software Support Facility at our Melbourne centre.

Construction on the new Air Traffic Services Centres (ATSCs) required to house CMATS in Brisbane and Melbourne has progressed well, with Thales Australia granted access to the new Melbourne ATSC in July 2020. Design of the Perth ATSC has also concluded.

A new Contractor System Verification Facility was completed this financial year, for use in the development, testing, training and acceptance of CMATS.

Finally, design has commenced on a new regional tower solution with the appointment of Saab to evolve the Integrated Tower Automation Suite, which is in use at major national aerodrome towers. This solution will be leveraged to upgrade four Australian Defence Force air traffic control towers.

OneSKY remains on track to deliver an estimated $1.2 billion of economic benefits to the industry over a 20-year period.